Not once, but twice, Maru Fava has faced a diagnosis of cancer.

She looks fabulous, full of energy and has a healthy, vital, radiant glow to her. It’s hard to believe that five years ago (March 20th was her 5-year survivor date!), she was told that she had terminal liver cancer. After talking to her, you can see that not only has her body has returned to good health, she has also maintained the aura of peace, hope and spiritual growth that she found during her illness.

Maru’s journey with cancer began when her best friend was diagnosed with ovarian cancer. Maru helped her friend through diagnosis and treatment, accompanying her to chemotherapy appointments at Johns Hopkin’s Hospital. The experience gave her an introduction to the world of oncology and education in treatment protocols.

When her friend successfully finished her course of chemotherapy, Maru and other girlfriends took her on a trip to celebrate her remission. But she cut her trip short by a day because she had a long-standing appointment back home to have a mammogram. Even though she did not suspect anything was wrong, she wanted to keep the appointment. It’s a good thing she did, because unbelievably, at the same time her friend went into remission, Maru found out she had breast cancer.

After successful treatment, Maru had developed a good relationship with her breast surgeon. So when she didn’t feel well and had pain in her ribcage, she called him, concerned. A trip to St. Joseph’s ER and a CT scan revealed bad news – two large masses in her liver. The original diagnosis was Cholangiocarcinoma , a highly fatal cancer of the bile duct. And then more bad news – because of her recent mastectomy and breast cancer diagnosis, she was not eligible for a liver transplant, her only good option for treatment.

As her prognosis went from bad to worse, Maru decided to defy the terminal cancer diagnosis, become her own advocate and explore ways to complement traditional advice and treatment. Her friend had missed rounds of chemotherapy because of low white blood cell counts, so Maru knew that she needed to help her mind and body be as healthy as possible. While researching ways to raise her white blood cell count, Maru found Mistletoe Therapy and the Believe Big organization.

Believe Big is a non-profit organization that bridges the gap between conventional and complementary treatments for cancer. Conventional treatment includes chemotherapy, hormone therapy, radiation, surgery, immunotherapy and targeted therapy. Complementary therapy includes nutrition, supplements, acupuncture, Mistletoe Therapy, and spiritual and mental wellness. The goal of complementary therapy is to lower chronic inflammation, to stimulate the body’s natural immune system, and to remove toxins and free radicals from the body, using diet and supplementation.

Believe Big encouraged Maru to get a second opinion, and her husband pressed her oncologist to have the pathology redone. Finally, some good news – she was rediagnosed with Epithelioid hemangioendothelioma, EHE, a cancer that grows from the cells that make up the blood vessels and can occur in the liver. It is rare and not much is known about it, but it has a much better prognosis.

Along with traditional treatment, Maru decided to try mistletoe injections. Mistletoe Therapy, an intravenous therapy using European mistletoe extract, is thought to “stimulate bone marrow activity alongside conventional treatments to offset the side effects of chemotherapy/radiation such as nausea, vomiting, and lack of appetite.” It is widely used in Germany and Switzerland, and now starting a Phase I clinical trial in the US at Johns Hopkins University School of Medicine. Maru does not see Mistletoe Therapy as a cure for cancer, but rather as a tool to strengthen her body, stimulate her immune system, and build armies of white cells to help her fight.

conquering the fear that paralyzes

Believe Big’s other mission is to provide spiritual guidance to patients and their families. They are not about promising a cure, but rather about supporting patients wherever they are in the moment and giving them hope and peace. On their website, Believe Big shares a prayer, “I Will Have No Fear” to combat the paralyzing “fear that keeps the body from switching to a rest and repair mode.”

The Believe Big community gave Maru hope and support when she needed it. Exercise, family support, faith, good doctors and a healthy diet are also important to her. Her best advice is to find great doctors, listen to your body when you know something is wrong, and be your own tireless advocate.

speaking out for believe big

To pay it forward, she has become a spokesperson for Believe Big. If you know someone who needs support, there are resources and recommendations on Believe Big’s website.

Vanessa Fava, Maru’s sister-in-law, is the owner of Panache, a boutique for women at Green Spring Station. They were photographed together at the fashion photo shoot (before COVID-19 social distancing) for Green Spring Station’s spring “She Inspires” campaign. Panache is offering a 20% discount, with the code Sheltersale for shoppers on their website while the store is closed to in-person shoppers.

This is the second in a series of “She Inspires” articles featuring inspiring women and the non-profits they support. The first was about Shawn Nocher, Kelly Gill and Love in the Trenches, their organization that supports the parents of children suffering from addiction. 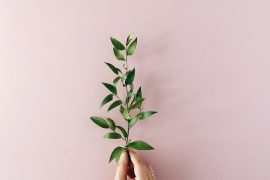 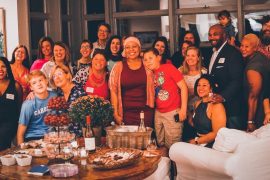 Words That Changed Me: Surviving the Unexpected, Maricka Oglesby